presented by ACTLab and Thriving Artists

1968: Young people across Latin America are leading the revolution, following in Che Guevara’s steps, protesting capitalism and imperialism. In Uruguay – as in many other countries – these protests are met with extreme police violence and government persecution, leading to the incarceration, death, or disappearance of approximately 10,000 people from 1968-1985.

Juan Palmieri is the winner of Casa de las Américas Award. This production will be the first time this play is presented in English. 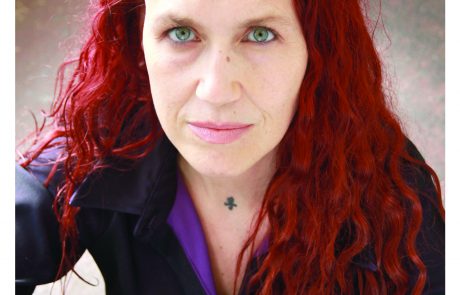 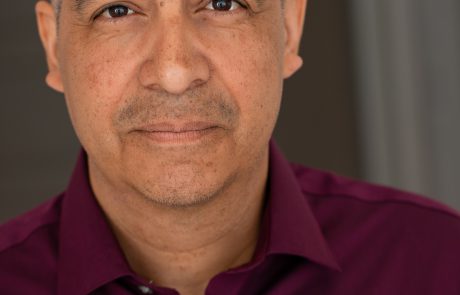 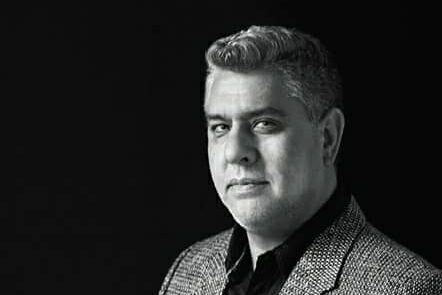 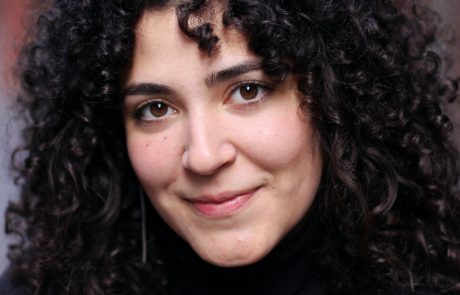 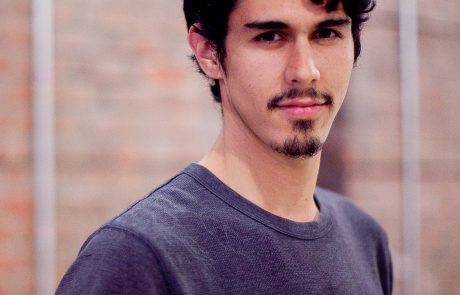 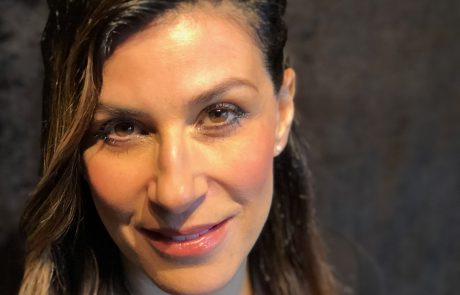 Uruguay, 1968. Young people across Latin America are leading the revolution, following in Che Guevara’s steps, protesting capitalism and imperialism. In Uruguay – as in many other countries – these protests are met with extreme police violence and government persecution, leading to the incarceration, death, or disappearance of approximately 10,000 people from 1968 to 1985. 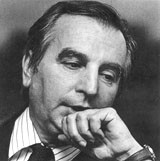 Antonio “Taco” Larreta (Montevideo, Uruguay, 1922-2015) wrote Juan Palmieri between September and December of 1971, as the historical events of the play were still unfolding. Juan Palmieri received the Premio Casa de las Américas, one of the most prestigious literary awards in Latin America.

Larreta was part of El Galpón, a Brecht-inspired progressive theater company that questioned the establishment and protested against the government. Several of its members, including Larreta, fled to exile after the military took over the government in 1973. Overtly pro-Tupamaros, Juan Palmieri didn’t premiere in Uruguay at the time due to the tumultuous political situation.

This production signals the first time Juan Palmieri will be presented in English.

The country is in the midst of an economic decline,its once-proclaimed stability and democracy dipping fast toward the level of its South American neighbors. Strikes, student protests, and street violence have become the norm. On October 8th, Argentine-Cuban revolutionary legend Ernesto “Che” Guevara is killed by the Bolivian Army with the support of the CIA, inciting outrage from young people in Uruguay and elsewhere. At the same time, Uruguayan authorities become concerned about the rise of a group of revolutionaries who call themselves the “Tupamaros.” 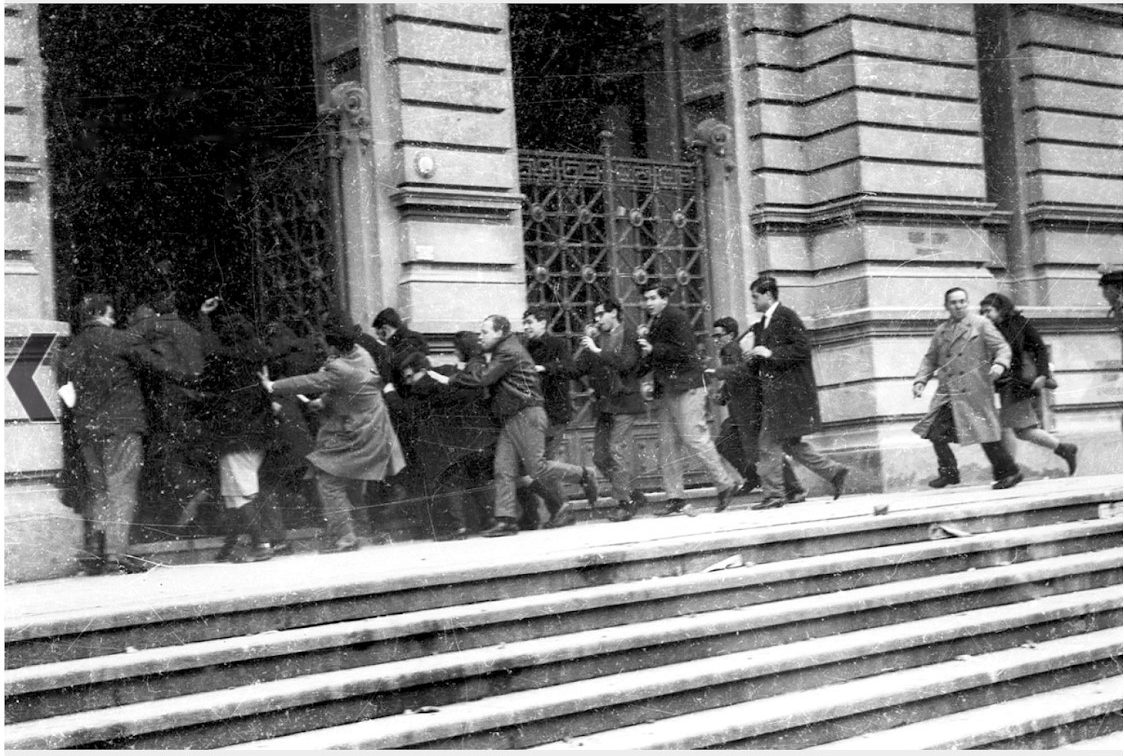 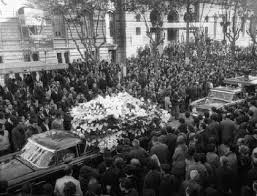 Massive funeral procession for Antonio Líber Arce, the first of three university students killed by the Uruguayan police in 1968, an event referenced in the play. 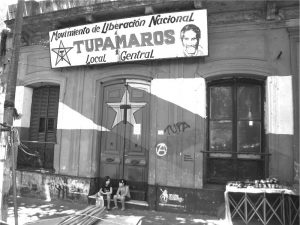 One of the most astute and sophisticated urban guerrillas in world history, the Tupamaros captured the public’s imagination with inventive actions and a Robin Hood-like philosophy that gained sympathizers in Uruguay and across Latin America.

In the wake of the Cuban Revolution of 1959, and in the context of other revolutionary movements such as those heralded by the Black Panthers in the U.S. or by students and workers in Paris, the Tupamaro National Liberation Movement caught the world’s attention with their ingenuity and charisma. Their underground members were students, university professors, governmental officials, bankers, priests, and even members of the armed forces.

Learn more about the Tupamaros here. 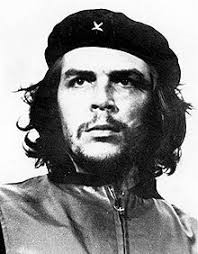 Ernesto “Che” Guevara (1928-1967) was An Argentine-Cuban physician, politician, writer, and revolutionary leader. One of the mentors and commanders of the Cuban Revolution, he became an icon of rebellion and resistance against U.S. imperialism across the globe. This 1960 photo by Alberto Korda is one of the most widely reproduced images in the history of photography.

October 8, 1969, in commemoration of the second anniversary of Che Guevara’s death, the Tupamaros launch assaults and attacks to three banks, the police and fire stations, and a telephone central station in Pando, a city 20 miles northeast of Montevideo. The robbery was estimated at USD $250,000-400,000. Out of the 49 Tupamaros who participated, 16 were caught and three killed in cold blood by the armed forces. Among those who participated in the attack was José “Pepe” Mujica, who would later become one of the most progressive presidents in Uruguay’s history (2010-15). 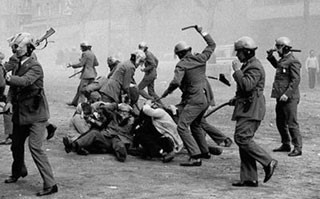 By the early 70s, the Tupamaros’ tactics became more violent. The military unleashed a campaign of mass arrests and selected disappearances, virtually defeating the guerrillas. Despite the diminished threat, the civilian government ceded power to the military. In 1973, a military coup led to further repression against the population. Democracy was restored in 1985, and the Tupamaros were reorganized as a legal political party. 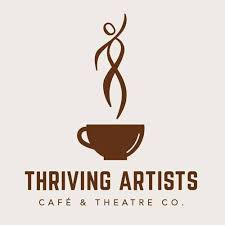 Thriving Artists is a social venture uniting two essential industries in Seattle culture: coffee and theatre. Our mission is to use the profitability of the former to ensure the sustainability of the latter. Our belief is that when artists thrive, communities thrive. We present plays that have never been translated before in mainstream venues and in communities with limited access to the arts. We are dismantling the commonly accepted notion of the starving artist, one cup of coffee at a time! 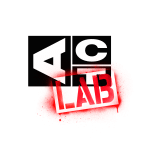 Launched in 2007 as The Central Heating Lab, ACTLab serves as an incubator and catalyst for new works. Uniquely positioned to provide space and resources in a collaborative environment, ACT partners with emerging and seasoned local artists, giving them the sustenance and pressure required to experiment, grow, and transform their work and reach new audiences.

ACTLab is investing in the imagination of audiences and artists, cultivating new ideas through experimentation, excellent art, and meaningful partnerships.

This production contains sexual references, partial nudity, profanity, gun-shot sounds, and other loud noises. Ages 16 and over only. For detailed information about show content and possible triggers, please contact communications@acttheatre.org.

Thriving Artists is born out of the belief that, if theatre is going to thrive in our community, we must question its aesthetic and structural roles in relationship to the world.