Christopher Bronke continues his conversation with Adam Stern. You might know Adam as the composer of ACT’s A Christmas Carol score. The mild-mannered Stern is a versatile and active musician – principally a symphonic conductor. He is also an accomplished composer, pianist and published writer on music. He was the 1990 Grammy winner for “Classical Producer of the Year”, an award garnered for a series of American symphonic music CDs with the Seattle Symphony conducted by Gerard Schwarz.

Stern is currently in rehearsal and production on a number of new projects.

The interview continues below… 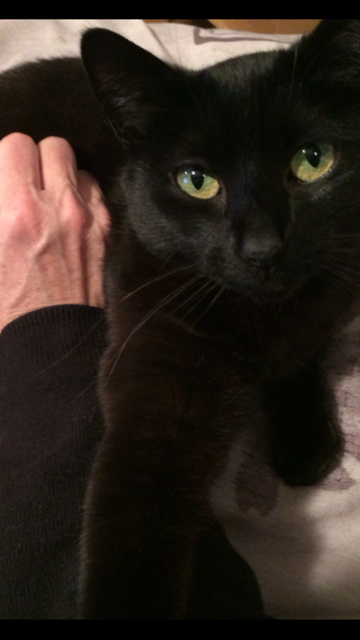 Stern’s beautiful diva cat, Nimble Minx, named after a throwaway line in Ghostbusters, gracefully entered the conversation, providing the cue for us to perfectly transition from A Christmas Carol to a discussion about writing and composing as a whole.

Which instrument is Stern’s favorite to compose for? “The orchestra…if you count the orchestra as an instrument; I am hopelessly in love with the piano, though.” But it was this conversation about instruments that led Adam to consider his love for composing, performing as a pianist, and conducting, and while his passion for all three wove their way through his words, he was clear about what really fuels him. “To paraphrase Gustav Mahler, I have composed to live, but I live to conduct. If I weren’t conducting, I would shrivel up and die. Conducting is my life.”

There’s got to be that favorite piece which the conductor loves conducting above all others. Stern quickly made his choice clear. The Marriage of Figaro, adding, “Conducting it was the greatest joy of my life as a performer. There is a moment in Figaro, in a quartet in Act II, that contains, what is to me, the most beautiful moment in all of music that I know. Every time I get to that point, either in memory or playing it at the piano or conducting it, I’m gone…that’s it ”

What he does in his “free time” when he isn’t composing/conducting/rehearsing? Stern admitted, “I am hopelessly boring.” He is anything but that. I don’t think Stern needs the allure of the outside world to feel alive. “When I am curled up with the score of a symphony and I am seeing all the possibilities in it and planning how to rehearse it, that’s everything to me,” he says. Adam recalled a “criticism” once lobbed at him during a romantic breakup: “You have all of your adventures in your head!” He smirked, shrugged his shoulders, and said, “You know, she was right.” 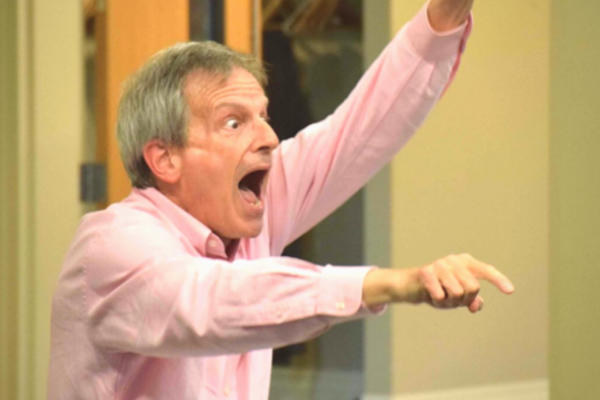 In rehearsal with the Northwest Mahler Festival Orchestra

As our time drew to a close, I asked Adam for his thoughts on the state of musical theater today. “I miss melody. In today’s music, I hear chords and harmonic progressions with notes that fit into those chords, but that is not the same as a melody.” And with that, he put down the sweet Nimble Minx who had been calling Stern’s lap home since joining us much earlier. Adam shuffled his way to the piano and shared with me what he believes music is supposed to be. His fingers gave life to the wonders inside his soul as Stephen Sondheim’s Sweeney Todd filled the room, no sheet music in sight, just a memory living again. 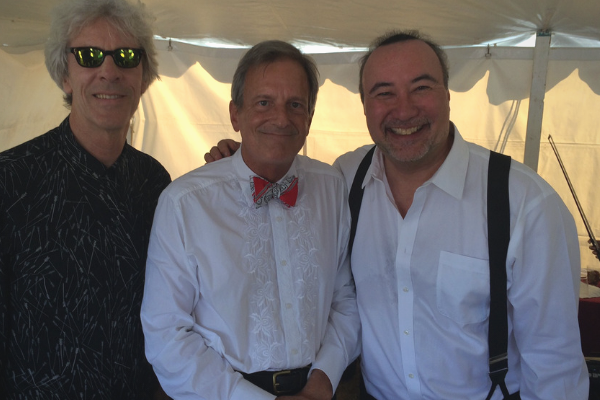 Stern with Stewart Copeland of The Police and Pianist Jon Kimura Parker at the Orcas Island Chamber Music Festival, 2017